Technological innovations such as autonomous robots, big data analytics, cloud computing and internet of things are transforming how people live and work today.

According to OECD data, the number of patents in artificial intelligence technologies rose over 1000 percent between 1991 and 2015.

With the rise of intelligent machines which can emulate human cognitive skills, societies are taking up education reforms conducive to developing competencies needed in a software-based economy.

With its ICT (information and communication technology) industry accounting for 43.9 trillion yen ($404.3 billion) of GDP, Japan is aiming to transition from information society to Society 5.0, i.e. a society well equipped to fully benefit from the blending of virtual and physical realities.

According to a survey on social acceptance of robots in Japan by Nomura Research Institute, 46 percent of respondents “somewhat accept” and 24 percent are “very open” to robots in day-to-day life. Meanwhile, 39 percent of young people in their twenties and thirties are concerned about machines taking their jobs.

In the face of digital transformation, the Japanese government is taking measures to equip the next generation with the skills needed in the 21st century. One such measure is the start of computer programming in primary schools in 2020.

According to “Coding in Primary School” handbook by the ministry of education, the curriculum teaches “thinking like a programmer” by performing such tasks as writing an algorithm to instruct a computer to build a regular polygon.

GMO Media, a part of GMO Internet Group, conducted a survey (※1) on parents’ awareness in regard to children’s coding skills. Over 80 percent of parents are aware about the inclusion of coding in the national curriculum as of September 2019, which is a nearly 20 percent increase from six months earlier. Among their children, 43.9 percent are doing sports after school, and only 2.3 percent are taking coding classes. Meanwhile, 14.6 percent said they would like their kids to learn coding as part of extracurricular activities.

According to Takahiro Higuchi of TechAcademy coding school, kids use Scratch, a visual programming language, to create game programs. A popular language for teaching programming to kids, Scratch allows creating a program by combining building blocks instead of writing code.

Kids use Scratch to create animations.

Kids learn logical thinking by trial and error, analyzing the causes when their program does not work as intended. Upon grasping the basics of coding, kids learn to use Ruby for building application programs, JavaScript for game programs, and Python for robotic systems.

Learning through play with esports: how to develop a love for STEM subjects

According to McKinsey, up to 50 percent of current work activities are automatable by adapting existing technologies, which means that future jobs will demand a new skillset, such as creative thinking and emotional intelligence, and lifelong learning.

Aiming to prepare workforce for fast-growing STEM roles, a non-profit initiative Code.org provides computer science curriculum to pupils in US schools. Supported by tech giants such as Google and Microsoft, its education resources are free to use.

The UK introduced a new computer curriculum in September 2014 so that kids aged 5-16 years old can learn how a computer works and how to code. 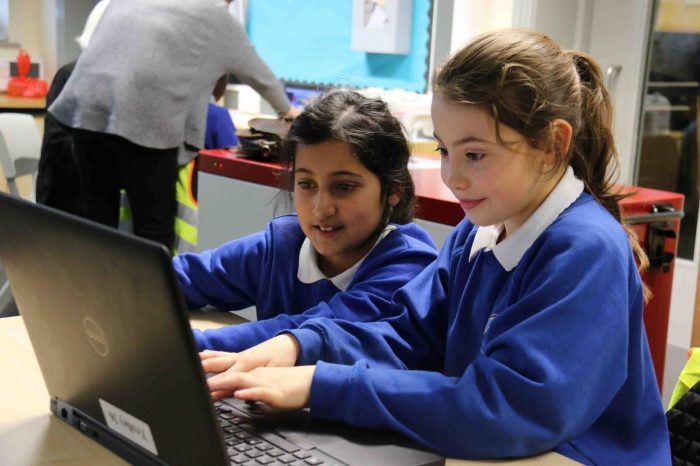 By running an annual nationwide esports tournament since 2017, the program is intended to develop interest in STEM subjects through playing games. Over 90 percent of the DSH esports tournament participants said “taking part in the tournament made them more interested in computing”, and over 79 percent said “the tournament improved their team working skills”. 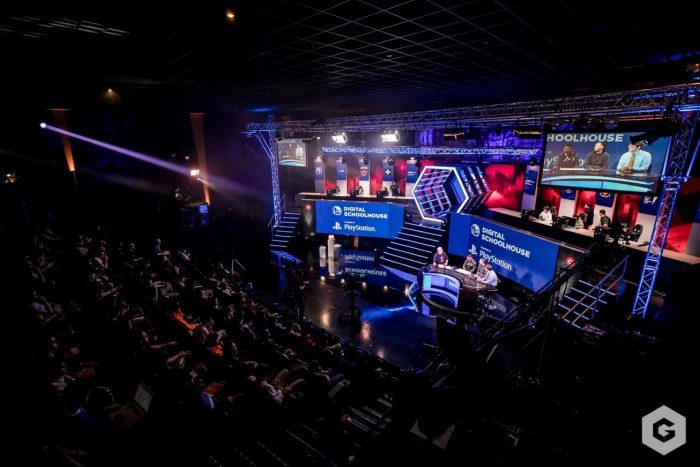 Esports tournament at Gfinity Esports Arena organized by DSH together with Nintendo.

According to esports analytics provider Newzoo, the global esports revenue comprised $1.1 billion in 2019, and forecast to grow to $1.8 billion by 2022.

In Japan, 47.4 million people play video games regularly. However, while in other countries there is a trend of convergence of “computer gaming” and “sports”, Japanese people traditionally tend to draw a distinction between the two activities, regarding “gaming” as a leisure activity.

In the meantime, players from around the world will gather in Tokyo in December 2019 to take part in HADO World Cup. HADO is a Japanese esports which combines a physical game with virtual reality, with over 1.6 million fans and 65 game centers in 26 countries as of today.